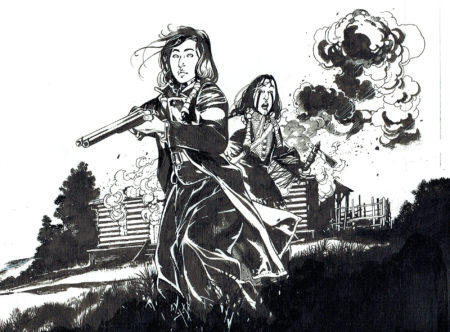 Fond of American settings and of the 1930’s, he then drew Dixie Road (4 volumes published between 1997 and 2001) scripted by Jean Dufaux. From 2005 to 2014, working with writer Stephen Desberg, Hughes Labiano published Black Op, a series following CIA agents around the world.

He then illustrated volumes 3 and 4 of Desert star, a western scripted by Stphen Desberg. And in 2020, they worked together on a three-volume African adventure titled The Lion of Judah. All these comics books display magnificent chiaroscuro and are published by Europe Comics.